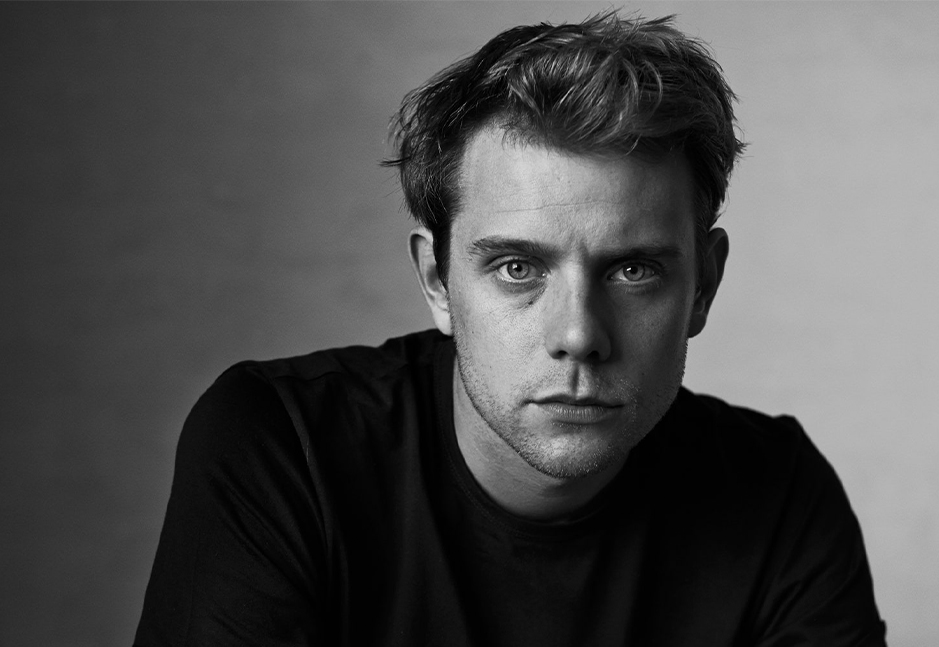 W Anderson founder and Loewe creative director Jonathan Anderson makes a case for the role fashion can play in improving diversity, supporting LGBTQIA+ causes, and unleashing greater freedom of expression. He is one of 35 influential voices from LGBTQIA+ arts and activism – K-pop star Holland, model Hanne Gaby Odiele and singer-songwriter Beth Ditto among them – to have contributed to We Can Do Better Than This (Vintage, 2021), where this essay originally appeared. Edited by Queer Intentions (Picador, 2019) author Amelia Abraham, the book tackles questions around the true meaning of equality and how we get there. Read more: JW Anderson’s Next Step After Those Chain Loafers? Cult Sneakers, Of Course

When I look back on the history of clothing, I’ve always been obsessed with people who dressed defiantly, especially queer people. The old cliche of liking Oscar Wilde aside, I find his way of dressing to be incredibly romantic, and when you look at womenswear, I have long admired a British painter from the ’20s called Gluck. She would have likely been classified as a lesbian in her day, but today we might think of her differently. She wore men’s suits and would go to Savile Row to have them fitted, squared-off perfectly. The writer Fran Lebowitz is another hero of mine. She has very staunch beliefs in the power of outsiderness and, with her oversized pinstripe suit jackets and tuxedos, I think the way that she dresses reflects that.

Queer people have always broken the rules when it comes to fashion, or rather, have used fashion to break the rules of society. Fashion can be a way to experiment with character or to work out your identity, and I believe that clothes can have a protective role on a more emotional level. Clothing choices can sometimes pose a risk, but clothes also allow you to put a guard up, or you can wear them as a weapon.

Clothing is sometimes about signalling association – like an association with a subculture, or a certain pack of people – but it can be a marker of individuality, too. A way to conform or to rebel. I collect queer photography and looking at images of queer people at liberation rallies in the ’60s and ’70s, you can see that those people are dressing with a political message. Clothing is full of paradoxes, but ultimately it can empower us – and in a world that has historically taken power away from queer people, that can be vital.

For me, clothing has been all of these things at different moments. Growing up in Northern Ireland, experimenting with clothes helped me to discover who I was. I used to go to TK Maxx and buy whatever was on sale that no one else wanted, like a pair of orange trousers, a big pink fleece or a fluorescent jacket. Something excited me about dressing like that against the grey landscape I existed in. It was a disaster in the playground of course, but even if I was bullied it didn’t matter because I knew I was on my own voyage, and I was lucky in that my family was incredibly liberal.

My dad was a rugby player and my mum a teacher, and they brought us up in an unusual environment for Northern Ireland during The Troubles: we were not raised Protestant or Catholic, and we were taught not to see differences or to worry too much about being different. The way that I dressed obviously made people question me, but I think that maybe I wanted to be questioned – I wanted to be forced to get to know myself better through confrontation.

My penchant for dressing outlandishly continued when I moved to London. I used to wear all kinds of things – there was a new look every day. I remember working at Prada and going to work in pyjamas, which, I think, was again about standing out. Then at some point, my approach to clothes started to change; I found that the more I worked in the industry, the more I would wake up in the morning and be unable to make a decision about what to wear because I was focused on coming up with another collection.

Over time, I started to just wear a pair of jeans and a sweater, which is what you’ll likely find me in today. I wouldn’t say I dress this way now because I have chosen it – it’s more to do with my work than who I am. I’ve certainly never thought, “Oh, I need to look more masculine.” Still, we all do it to some extent: get up in the morning, brush our teeth, get dressed, look in the mirror and think about who we are – or who we feel like – that day. Some people have days when they feel more feminine, other days more masculine. Clothing can help us articulate that.

In a world that often expects certain things for certain people when it comes to clothes – where society wants men, say, to wear some things, and women to wear others – I sometimes question why I do menswear and womenswear shows. But for me, it’s not about classifying people, it’s about using these categories as ideas – ideas to borrow from. 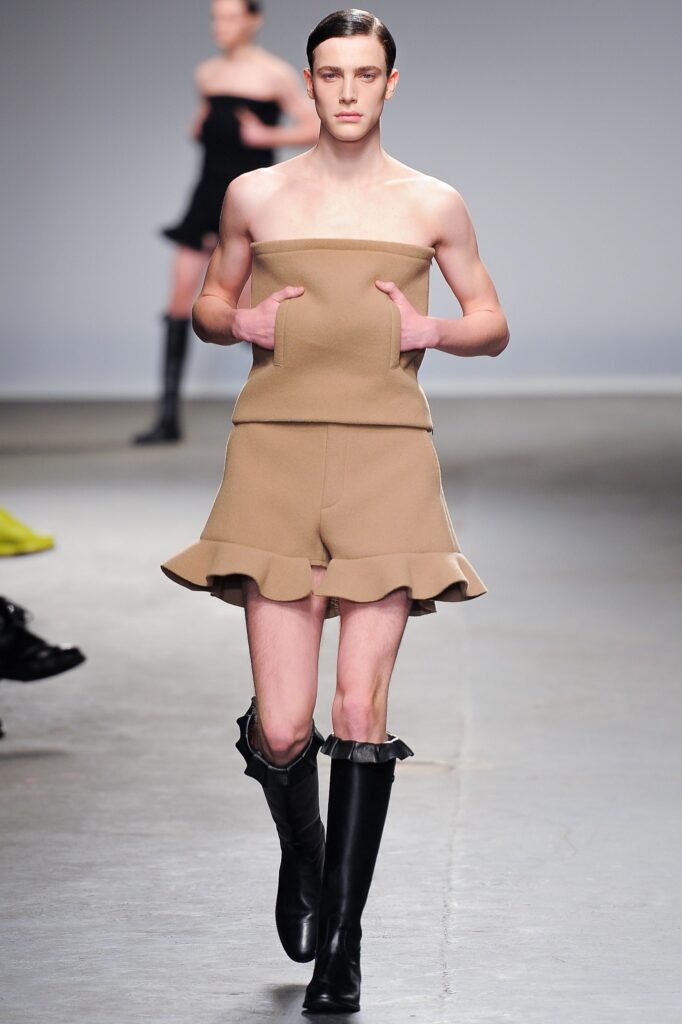 Despite these barriers, I believe that we can use fashion to educate about queer history, raise money for queer causes, and offer more information that might help queer people. With both my brands, I’ve collaborated with P.P.O.W. Gallery in New York to use art by David Wojnarowicz, an incredible gay artist, to raise awareness about his work and his struggle, and raise funds for [the charity] Visual AIDS.

I also believe that fashion must get to a point where we don’t have to talk about what gender anyone is, where we just see the beauty in people. The people in fashion are incredibly liberal and the industry is made up of misfits who love creativity – the work should reflect that, championing many, many different ideas about what can be beautiful. More diverse representation in fashion can influence the mainstream – it has the power to break down boundaries around how we dress, and to send out the message that there are no rules.

The world doesn’t always embrace individuality or difference, but with fashion, we can open up possibilities. Fashion is about visual identity – when you meet someone, it confronts you. It’s a kind of storytelling that is so important, specifically within queer culture: it’s a way to project confidence, it helps you to find your people. Being able to dress how you want is about having your own identity, walking out into the big, bad world and saying: “This is who I am.” 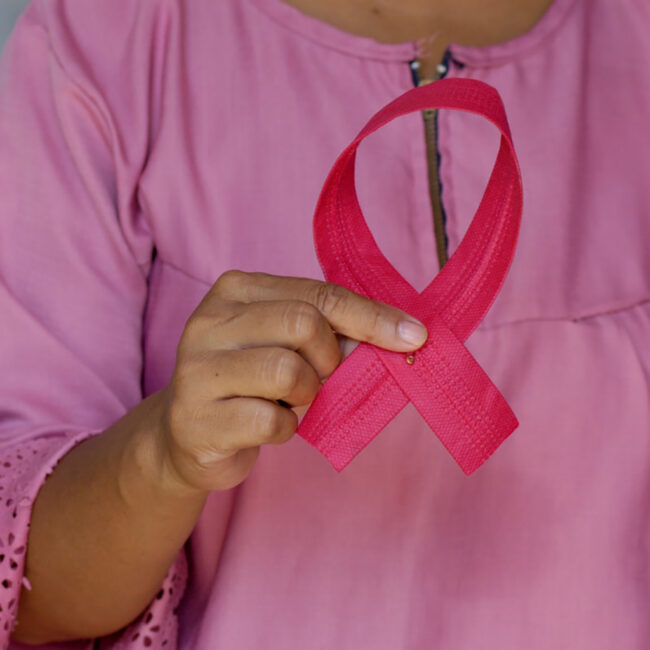 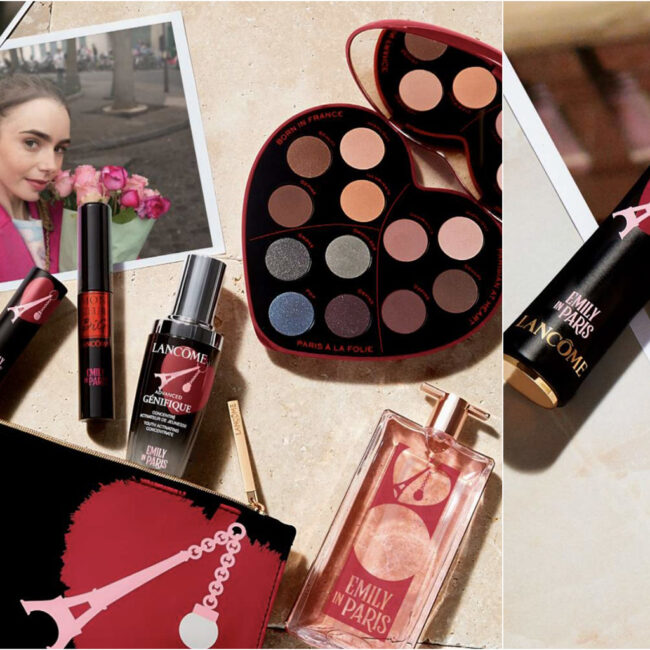 Lancôme Is Launching the Cutest Emily in Paris Collaboration 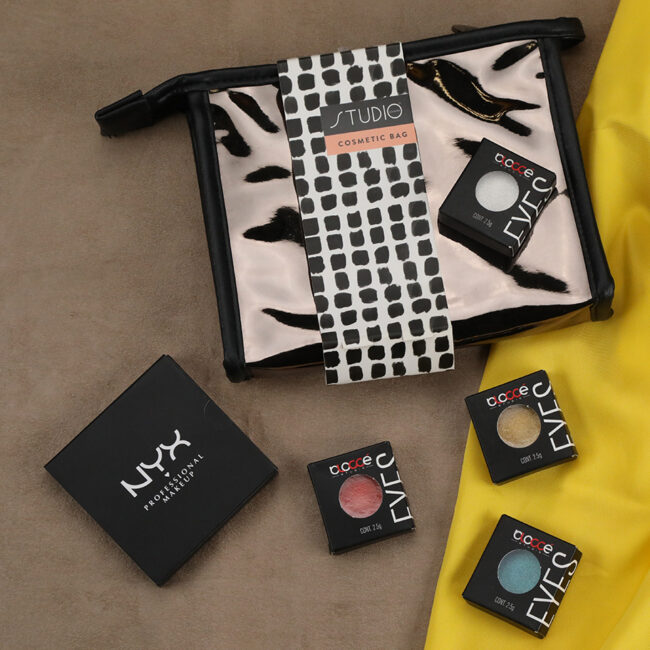 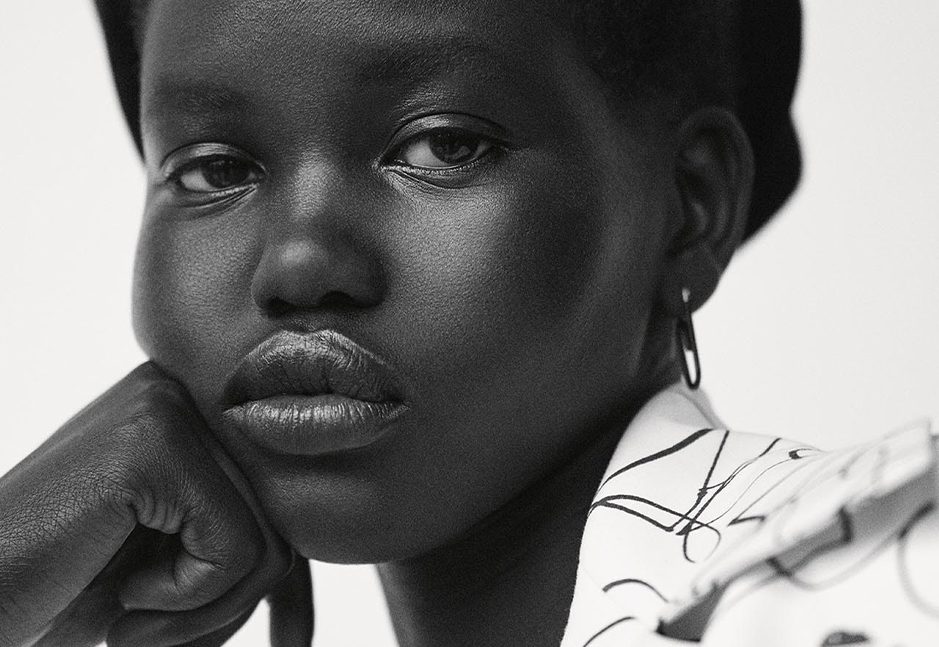 From Fashion Darling To Global Beauty Ambassador: Adut Akech Is The New Face Of Estée Lauder 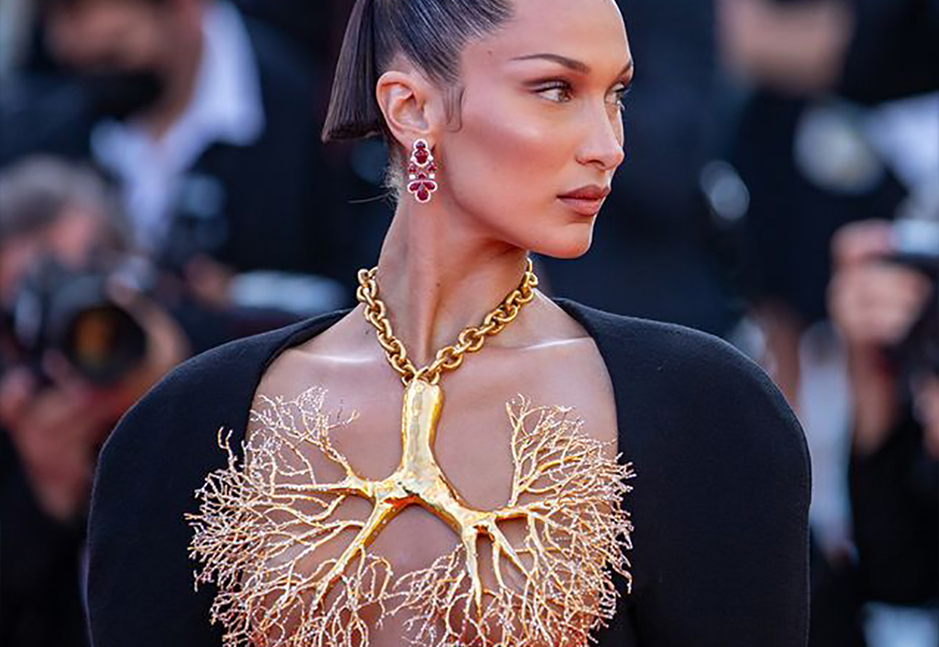 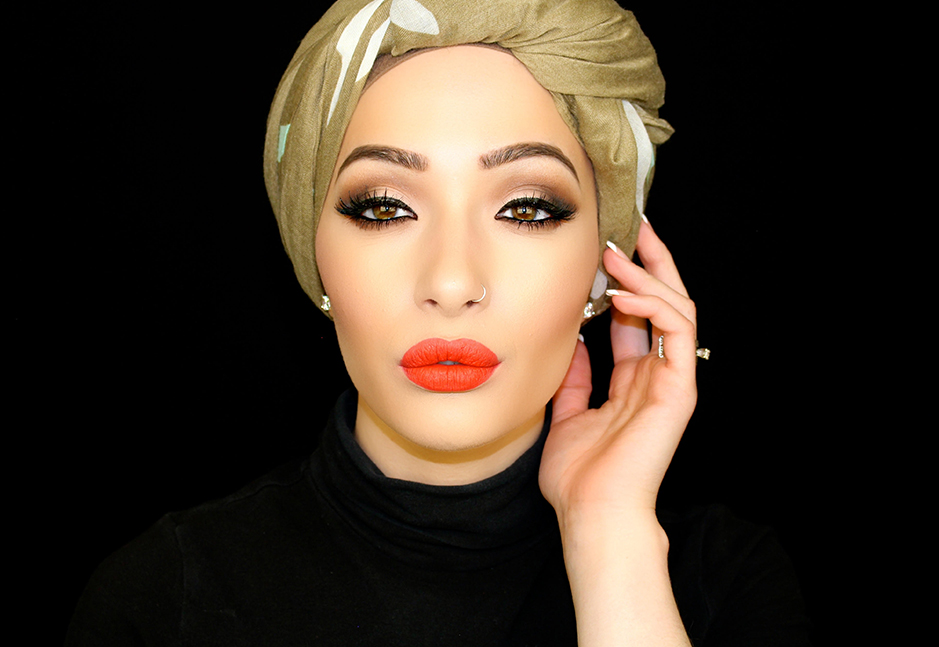 Prev. article
This Stylish Couple Caught Rihanna’s Eye And Ended Up In Her New Campaign
Next article
The Swimwear Brand Everyone’s Bookmarking Ahead Of Summer
TOP

Beauty Source’s audience is comprised of beauty addicts who are smart and passionate, always seeking out the latest beauty trends around the globe… Read more 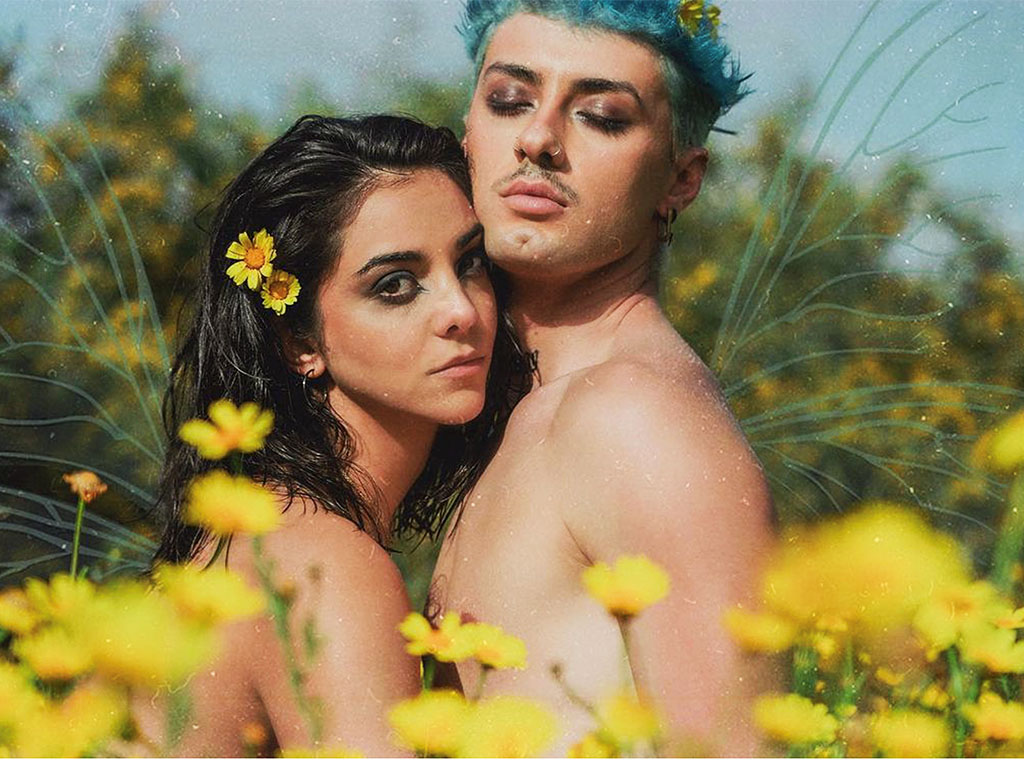